The Czechs are famous for being playful and inventive. We also love trains, and model railways, well up to the age of…101?

The grand idea of having a pub where you are not served by a person, but rather a mini train brings your order, seems like something you’d make up after a beet pd 5. But, the Czechs have made this funny idea a reality, and Výtopna, named of a part of the train is now actually a successful concept that offers also a possibility for franchising.

The original Výtopna can be found right in the middle of Wenceslas Square, it the main square of Prague. The biggest one, though, is in Palladium, the big department store (Náměstí Republiky 1, Praha 1) where you are “waiting” at the platform for the legendary Swiss Bernina train to bring your order. There is 1200 metres of tracks in here, and if this does not convince you to visit, nothing will.

0
By snejdarova
0
Červený jelen: Yes It Is That Big
YOLO Karlín: If you only live once, why eat badly? 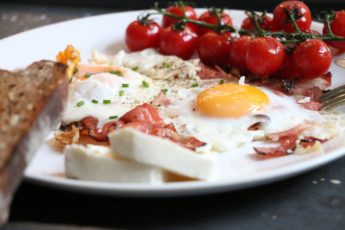 We are group of people with great taste!

Find what you need

Get the latest news